Trinity Academy was 125 years old in 2018 and this page celebrates that long history. The school website also has a history page that was written for the centenary celebrations in 1993.

In 1890 the School Board of the Burgh of Leith entered into negotiations to buy a plot of land near Craighall Road on the condition that the school would be built within two years. The foundation stone was laid by Trafalgar Lodge, No. 223, with full masonic honours on Saturday 11th July 1891. The Chairman of the School Board, Mr Robert Somerville, laid the stone.

Apparently it is an old Scottish custom to seal a transaction with a dram and the masons present expected what they called a “foundin’ pint”. Mrs Somerville, who opposed the consumption of alcohol, would not agree such a tradition and each man was presented with a book — James Calvert, or From Dark to Dawn, in Fiji — the biography of a Christian missionary to the native people of Fiji in the 19th century. Apparently there may still be a copy in the school library! Mr Thomas Trotter of North Fort Street School (later to become the first rector) provided a choir of children for the occasion.

Progress on the new building did not go well. At a meeting in May 1893 it was noted “there had been much undue delay” and recommended the board to “strike off their list for future work the contractors concerned”. The new school was to be equipment with all the latest modern equipment — voice tubes and electric bells between the headmaster’s room and the classrooms while Cowan’s patent lamps were approved for the gas lighting of the new school. Desks of pitch pine with a 12″ seat cost 14 shillings and three pence, staff desks cost 44 shillings and the headmaster’s desk cost the huge sum of £55 (it must have been a majestic desk). 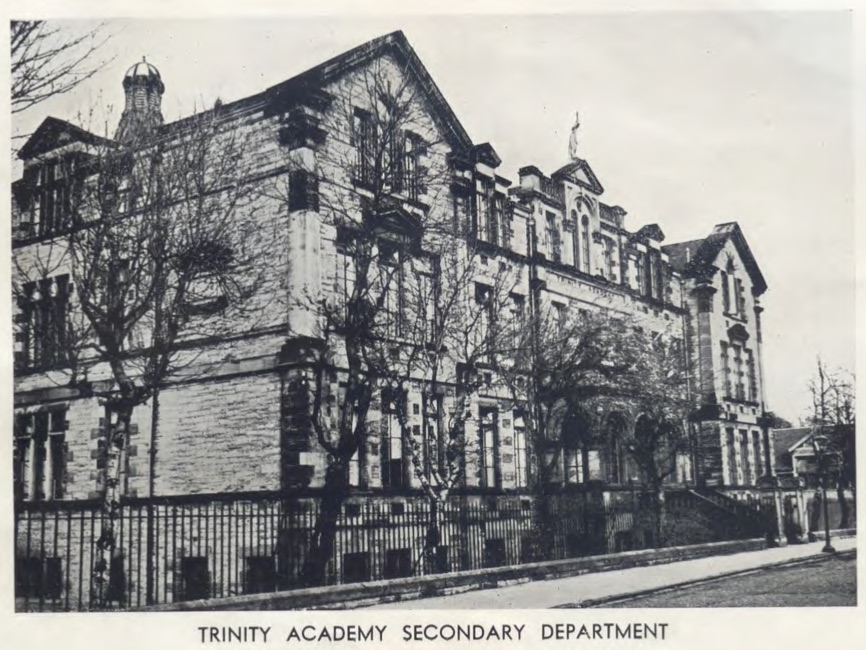 Craighall Road School, as it was known for the first decade of its existence, opened on 4th September 1893, under the headmastership of Thomas Trotter. The public opening of the school took place on 1st February 1894, Miss Flora Stevenson being the principal guest. The school accommodated both infants and secondary students and a report written at the time describes the new school as follows :

“The front elevation may be considered as being of a superior kind to those of other schools. It is certainly more costly. The premises are attractive and pleasing and fully justify the extra expenditure.”

The cost of construction (excluding the cost of the site) was £18,850 and five shillings.

1901 was a memorable year for the country and the school. It was a new century and an era came to an end with the death of Queen Victoria. Mr Thomas Duncan was appointed as the school’s second rector and Craighall school was renamed Trinity Academy. In March 1914 a gymnasium was added to the school and a garden laid out for the use of pupils in the elementary school. 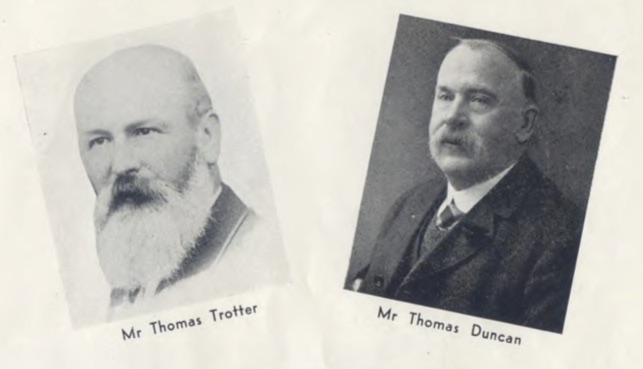 Many pupils and staff of Trinity Academy lost their lives while engaged in active service during the First World War and they are commemorated by the Roll of Honour outside the main hall. There are 73 names on the memorial, including one woman, Sister Nurse Elizabeth Thomson who died in October 1918. There is more detailed information on the Roll of Honour and those listed on the school website.

During the Second World War students were evacuated from the city to continue their studies  and former pupils served with distinction. One former student, John Fraser, was posthumously awarded the George Cross; the highest gallantry award for civilians. 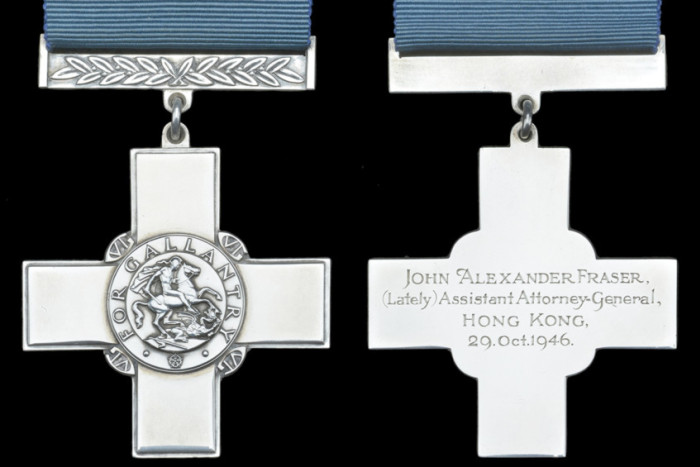 The school magazine of 1953 includes some interesting insights into school life as recorded in the school logs:

Throughout the school’s history, the pressures of accommodating pupil numbers have been a recurring issue despite the removal of the primary department to Bangholm (later becoming Trinity Primary school in 1968). As early as 1919, Trinity began to outgrow its main building and plans were drawn up for a new secondary block. It was to take forty-three years before that work was completed! In 1936 the Parents’ Association discussed the “inadequacy of facilities for giving children instruction in the valuable art of swimming” — a topic that seems as relevant in 2017 as it was then! The swimming pool finally opened in 1969 and the school was last refurbished in 1995.

Trinity Academy has never been merely a factory for success in examination results. Service to the community and outside activities have always played a significant part in the life of the School and that is a tradition that will continue in the future. As the school magazine said in 1965, predating the ideas of the Curriculum for Excellence…

“Education is not merely force-feeding of knowledge but a guiding force which shapes the character, opinions and attitude to life of the individual.”