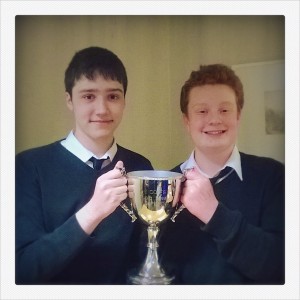 Congratulations to Jack Liddall and Ruairidh Gilchrist, who  won the East of Scotland Public Speaking Competition 2015 organised by the Procurator Fiscal service.

Congratulations  to Lewis Smith who has been selected for the British Youth Sailing Team.

The reserve crews for the 2015 boat race between Oxford and Cambridge was announced recently and Megan Wallace, a former pupil of Trinity Academt is coxing for the Oxford team. This race, between two eight-oared boats, has taken place on the Thames during the Easter vacation since 1829.

Congratulations to Megan her family and all the best for Saturday!