Edgar Allan Poe (January 19, 1809 – October 7, 1849) was an American writer, best known for his gothic poetry and tales of mystery and the macabre. He is often credited as being an originator in the genre of detective fiction with his three stories about Auguste Dupin, the most famous of which is The Murders in the Rue Morgue. He lived a bizarre life, died a bizarre death and his most famous Poem is The Raven, recited below by The Simpsons.

For over seven decades, every 19 January, a bottle of cognac and three roses were left at Poe’s original grave marker by an unknown shadowy visitor dressed in black with a wide-brimmed hat and white scarf. He would pour himself a glass of cognac and raise a toast to Poe’s memory then vanish into the night, leaving three roses in a distinctive arrangement plus the unfinished bottle of cognac.

‘The Simpsons’ has referred to classic literature many times during its 28 seasons and more than 600 episodes. These include Hamlet and Arthur Miller’s The Crucible.

Crazy though he may have appeared; in his Poem Eureka Poe appears to have predicted the big bang theory, modern electromagnetism, black holes, and quantum physics generations before anyone else. 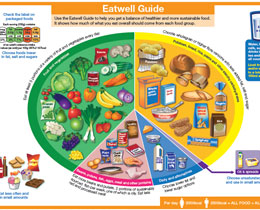 The health and wellbeing team at Education Scotland has published its food education news for May 2016.

(or if you just to down it click here)

The guide includes links to the latest developments in food education along with links to the new ‘Eatwell Guide’ from Food Standards Scotland.

A short animated guide to the number ‘0’ from the Royal Institution.

‘Ignition’ is described by its creators, Holly Painter and James Shelley as a celebration of learning, inquisitiveness, and curiosity.